A 16mm film of Fritz Lang's film Metropolis, held in the archives of the Museo del Cine in Buenos Aries, Argentina, has been found to contain missing footage once thought lost forever. MIAP alumna and director of the Museo, Paula Felix-Didier, hearing many anecdotes about a suspicious 'long version' of the film somewhere in the Museo's collection, investigated the mysterious film. Examining the film on a rewind table, Paula started to notice frames of the film that she had never seen before. It became rapidly clear that this print contained material found in no other existing version of the film. 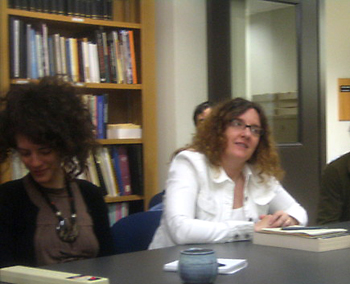 After the initial flop of the big–budget sci–fi epic in Germany, producers stripped the film of roughly a quarter of its running time, before sending it into wide distribution. Apparently, an uncut copy of the film was sent to Argentina for distribution, eventually making its way into the hands of a collector who donated the film to the Museo del Cine. This print contains nearly all of the missing material, and one would expect a re–restoration of the film in its nearly complete glory.

There may be some controversy over how best to match the new footage with the current restoration, as the extant material consists of a 16mm negative with a considerable amount of mechanical damage, and will likely not match perfectly the quality of the most recent restoration. There has also been some debate over the practice of multiple restorations being done on the same work. While it is clear that the canonization of 'key' cinematic works has the downside of directing considerable resources away from lesser–known works, the upside is that high profile film restoration projects can potentially give needed publicity to smaller archives.

It is hoped that this newly discovered Metropolis footage will raise awareness among government officials and the general public about the benefits of funding archives and the merits of scholarship and technical research, and the Museo de Cine will garner new attention and sources of revenue for preserving the cinematic history of Argentina.